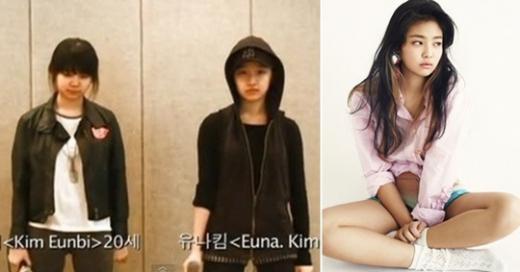 On December 20 YGE CEO Yang Hyun Suk revealed to “Star News,” “We will reveal everything about the new girl group that we have been so diligently working on on January 15.” If YG sticks to his words, then it is expected that YG will unveil all the members via the internet by January 15. YG plans to release practice videos of the members for fans to watch.

“We’ve been recording each member’s practices for a long time now, but if there are too many revealed candidates we could eliminate one or two.” Yang Hyun Suk said. “Even in the already revealed members, there has been one member who has dropped out.” Over the past year, YG has unveiled Kim Eun Bi from “Super Star K2”, Euna Kim from “Super Star K3”, “Mystery Girl 1” Kim Jennie, and “Mystery Girl 2” who is supposedly half Korean. So according to Yang Hyun Suk, one of these girls has been dropped from the group.

The CEO also said, “After we post the videos in January, we will reveal the date of their official debut song.”

He also gave more hints about the future girl group. “This girl group will be distinctively different than current girl groups…I feel like it’s necessary to reveal the members publicly before their debut. We are also planning a new type of promotions.”

This will be YG’s first girl group in four years, after 2NE1. YG has also revealed his plans for a new boy group which you can read about here.