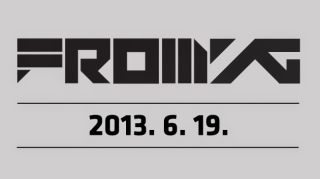 When will YG’s new girl group make their debut?

We are planning October for YG’s new girl group’s debut. The group has been preparing for a long time at YG – their debut is YG’s first one in 4 years since BigBang’s debut in 2006 and 2NE1’s in 2009.

The trilingual members are fluent in Korean, English and Japanese. Despite their young age, an average of 17 year old, they are arousing deep attention not only in Korea but also overseas.

How many members in the group?

The project initially started off with a plan of 10 or more members in the group, but throughout the years there has been a fierce competition among tens of tryout singers and now remain 6 members.

Unfortunately Yuna Kim, who was discovered on Superstar K, had to be excluded from the team for personal reasons. However, Eunbi Kim, a contestant from the same program, remains as one of the 6 members.

What is the promotional tactic of the new girl group?

We are adopting a debut method that is utterly different from the conventional debuting ways that was applied to other YG girl groups. From October, we will be debuting one or two members at a time to see whether they are apt for the public. When we can see that the audience likes them, then we will move on to forming a proper group.

BigBang’s all five members, on the other hand, made a debut as a group and then started working on their own work. It will help you understand better when I say that we are going the completely opposite direction with YG’s new girl group.

In a nutshell, each member makes a debut first, and then they will come together to form a group.