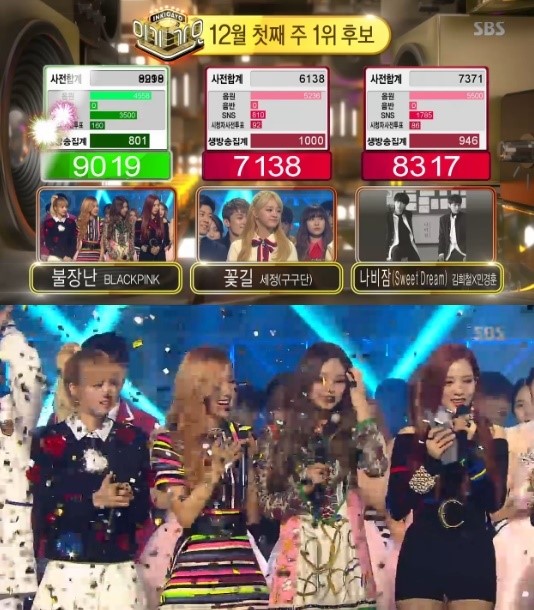 BLACKPINK took the no.1 spot again.

After the announcement, BLACKPINK thanked YG staff and its fans.