For the first time as a female act, BLACKPINK makes it on the cover of GQ Japan.

On October 13, GQ Japan released the cover of its December edition that features BLACKPINK. It’s the first time that a female act appeared in the cover in the magazine’s history.

GQ Japan is the Japanese version of the world-renowned magazine GQ. So far, top stars such as Leonardo DiCaprio, David Beckham, and Ferrell Williams featured on the magazine’s cover. 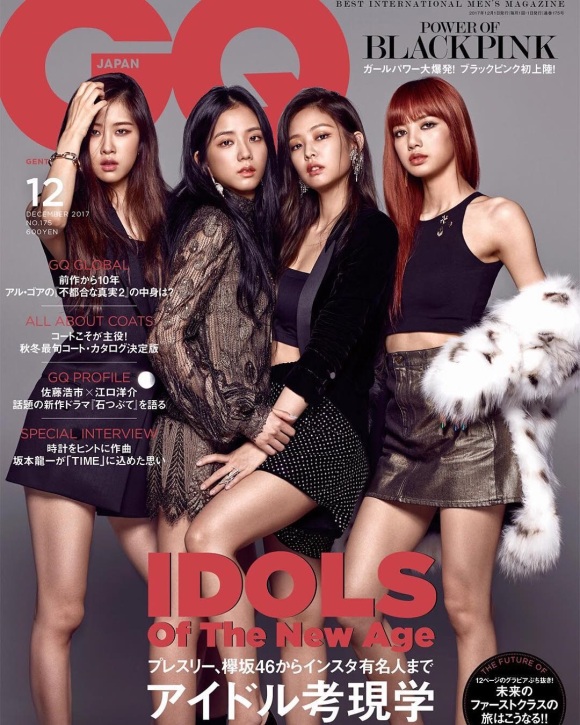 GQ Japan commented, “The theme of our December edition is the idol groups of today, and it’s very meaningful that BLACKPINK is our cover model. You can definitely expect to see a new side of BLACKPINK.”

BLACKPINK released a self-titled mini-album in Japan in August. The album topped Oricon’s daily and weekly charts as well as the Tower Record chart. BLACKPINK is the third foreign act to take the No.1 spot on Oricon’s weekly charts with the debut album.

Meanwhile, BLACKPINK is carrying out an active promotion campaign in Japan and is the only foreign act to have been invited to Japan MTV’s VIDEO MUSIC AWARDS JAPAN as a special guest.