YG Entertainment officially announced that they will be “releasing BLACKPINK’s cover of ‘SO HOT’ by Wonder Girls that will be performed at SBS Gayo Daejun’on December 25, 9PM KST through YouTube and Soundcloud” on a teaser on December 22. 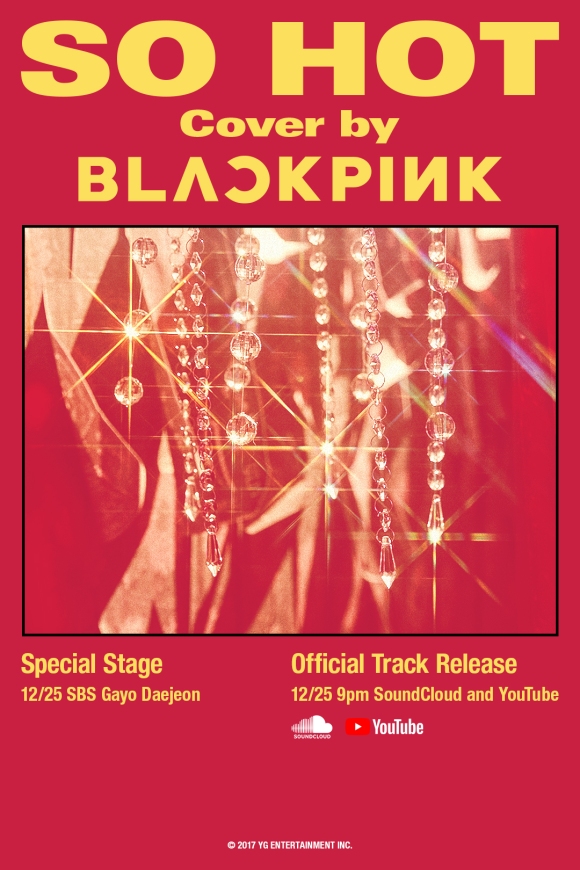 ‘SO HOT’’, the song that will be covered by BLACKPINK, is one of the greatest hits by Wonder Girls. People are wondering how BLACKPINK will reinterpret the catchy melodies and lyrics, “I’m so hot I’m so pretty” with a new unique arrangement and performance.

As BLACKPINK is getting ready for comeback early next year, YG Entertainment announced that the filming process for a new variety program which will portray BLACKPINK’s daily lives, the ‘BLACKPINK HOUSE’, has begun.

Also, BLACKPINK was awarded “The Most Loved K-Pop Music Video in the World 2017”, announced by YouTube. Their single, ‘AS IF IT’S YOUR LAST’, released on June, surpassed 200 million views and is gaining global popularity.

According to YG, the airing for BLACKPINK’s first ever reality program, ‘BLACKPINK HOUSE’, will be around early January next year.