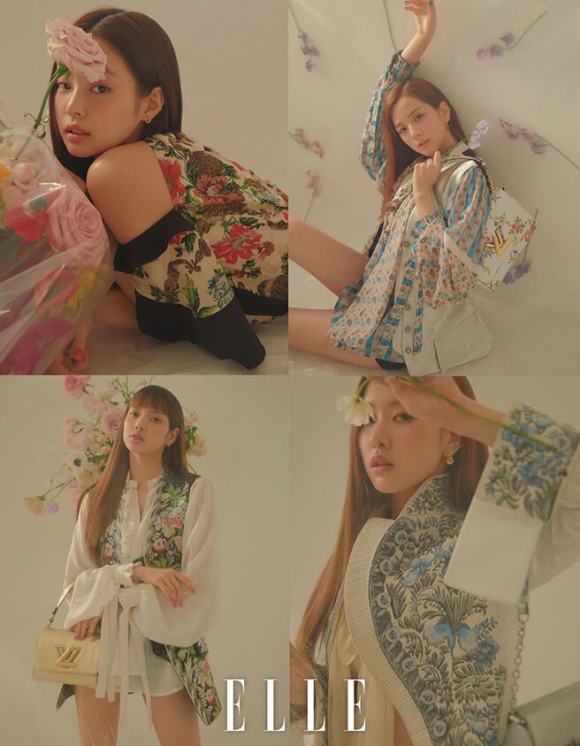 ELLE: You’ve become <ELLE>’s muses and had a photoshoot with flowers. If you are going to gift someone flowers, what would it be?
Jisoo: I want to gift others my favorite (flower), Lily of the Valley.
Jennie: Yellow Hyacinth. It’s my birth flower (that represents my birthdate — January 16th).
Rosé: White Roses remind me of white chocolate. It lifts up your mood when you place it nearby so I would give them as gifts.
Lisa: Pink Roses as they give off both pure and lovely feeling. 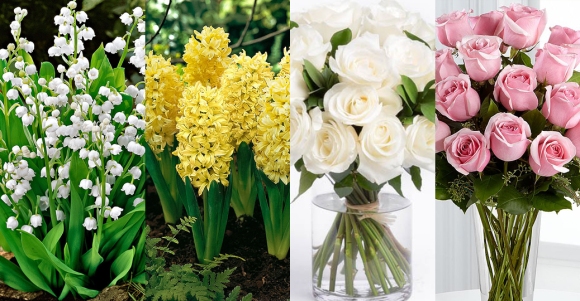 ELLE: What words will you attach to BLACKPINK when describing/introducing the group?
Jisoo: ‘Unique’
Jennie: ‘Inspiring’
Lisa: ‘Variety of charms’
Rosé: ‘Talented’

ELLE: It’s nice seeing you get along and starting <BLACKPINK HOUSE> saying “Let’s do it”. What are the good points in being together?
Jisoo: No matter what we do, it’s very reassuring. And so I can try new challenges with a relaxed heart. And not only that, I feel happiest when the 4 of us are on stage.
Jennie: Since we trust and rely on each other, we have no fear about failing. I want (us) to try a lot of things musically.
Rosé: There’s no dull/boring day. Though each one of us has a different personality, we understand each other well even if we don’t say anything since we’ve been together for a long time.
Lisa: We’re like family. It feels so good to do things I want with people very close to me. 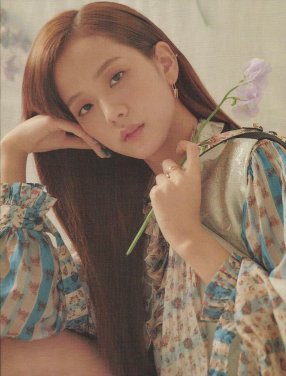 ELLE: What can you remember the most while preparing for debut?
Jisoo: The monthly training evaluation. We were all at times exhausted and having a hard time but looking back at it now, it’s a good memory.
Rosé: There was a time when I got into playing the guitar and singing so much that I searched and watched videos then practiced all day and night. I feel happy when I’m passionate about something.
Jennie: When I’m alone in the practice room, I used to practice with a song of an artist I like playing loudly while imagining my future self. I won’t forget those early hours in the morning.

ELLE: What are each other’s talents / abilities that only the members know about?
Rosé: First of all, Jisoo unnie is really good at playing games. Once she starts playing, she goes on ‘girl crush’ mode. Jennie unnie’s instincts are amazing. When she says “I think that it will happen like this”, then something similar to what she said really happens. Lastly, Lisa is a true mood maker. She has always been a good dancer but she is also good at doing unusual/weird dances.
Jisoo: Lisa takes photos very well. I noticed that she has an interest in photography and now she has been taking photos like a professional.
Lisa: Jisoo reads a lot of manhwa and she can speak in the characters’ voices.

ELLE: What would you do if you become <ELLE>’s special editor?
Jisoo: There are actually a lot more and different scenes filmed in music videos compared to what’s only seen on the finished video. I think it will be fun to cover the behind the scenes too.
Jennie: From the styling down to the photoshoot, I want to personally be involved in planning the magazine pictorial.
Rosé: I enjoy watching the usual interview videos. If I am to lead the interview video production, I can make it more exciting. 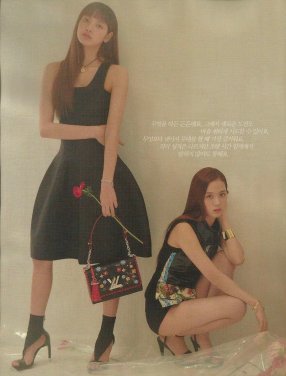 ELLE: What do you want to do better as BLACKPINK?
Jennie: I like to be a good influence to other people and in the music scene.
Lisa: I like to excel in rapping and dancing. In a cooler way.
Rosé: Let BLINKs who have always been supportive of us listen to a lot more good songs.
Jisoo: I dream to be the brightest artist on stage.

PLEASE TAKE OUT WITH FULL CREDITS. THANK YOU.