BLACKPINK revealed their first group teaser while the release date of their first mini album is now 3 days ahead.

Today (12th) at 9 AM, YG Entertainment revealed BLACKPINK’s new group teaser and individual teasers for members JENNIE and ROSÉ at the same time, through their official blog.

BLACKPINK revealed flawless visuals while showing off their inapproachable beauty in the group teaser with an ambient concept.

JENNIE displayed unexpected charismatic charms and proved her status as a fashion icon, while ROSÉ displayed elegance with glamorous accessories. 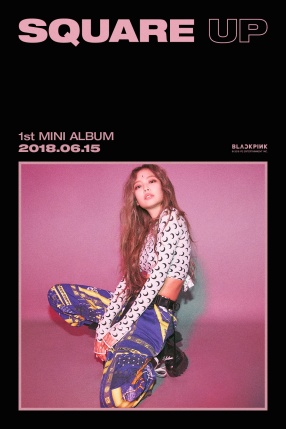 BLACKPINK discussed about the process of making their first mini album through YG, stating “We prepared every single song with hard work and love as it will be our comeback in a year and our first ever mini album”.

JENNIE stated “We are confident and that much excited. We’re happy to be able to express BLACKPINK’s musicality in various ways”, noticing BLACKPINK’s growth in their upcoming release.

JISOO emphasized, “We practiced choreography more than usual to display our stronger side, unlike our previous releases”.

On June 15, BLACKPINK will release their first ever mini album, ‘SQUARE UP’ The album contains 4 tracks including the title song ‘DDU-DU DDU-DU’, ‘FOREVER YOUNG’, ‘REALLY’, and ‘SEE U LATER’.

The song ‘DDU-DU DDU-DU’ which will display BLACKPINK’s charisma was written by hitmaker TEDDY, and was composed by TEDDY, 24, R.Tee, and Bekuh Boom.

The intro of the song revealed through the teaser gave a strong impression to the listeners with its catchy synth sounds and the chorus that shouts ‘BLACKPINK!’, noticing a birth of another mega hit song.

YANG HYUN SUK communicated with the fans by uploading unedited cover images of the members and adding hashtags that read ‘There’s no reason why music’s good’ and ‘Been preparing for a year’.

People are paying keen attention on what kind of musical changes BLACKPINK will display in their first mini album being released since debut.