BLACKPINK’s comeback was a revolution. After making comeback with their new album in 10 days, the group is proving their popularity by sweeping all kinds of records. They are receiving love from fans not only in Korea, but also overseas.

BLACKPINK released their first mini album ‘SQUARE UP’ on the 15th at 6 PM through various music platforms. ‘SQUARE UP’, which has the meaning of ‘Let’s fight’ and ‘Let’s verse one another’ contains the message of ‘standing tall’. The album contains a total of 4 tracks including the two title tracks ‘DDU-DU DDU-DU’ and ‘FOREVER YOUNG’. All tracks were produced by hit-maker TEDDY, who has been working with BLACKPINK since their debut.

The title song ‘DDU-DU DDU-DU’ is a song in a Hip-Hop genre that displays BLACKPINK’s sophistication and fierceness. The onomatopoeia ‘DDU-DU DDU-DU’ makes the song interesting for the listeners. The lyrics of the song contain symbols of chic and confident women.

‘FOREVER YOUNG’ was written, composed, and arranged by YG’s hitmaker TEDDY, while FUTURE BOUNCE and R.TEE participated in the composing and arranging of the track. The song is a dance track in Moombahton rhythm, with bright melodies that contrast with a charismatic chorus. The song contains the positive message of ‘Let’s spend our youth without regret’. 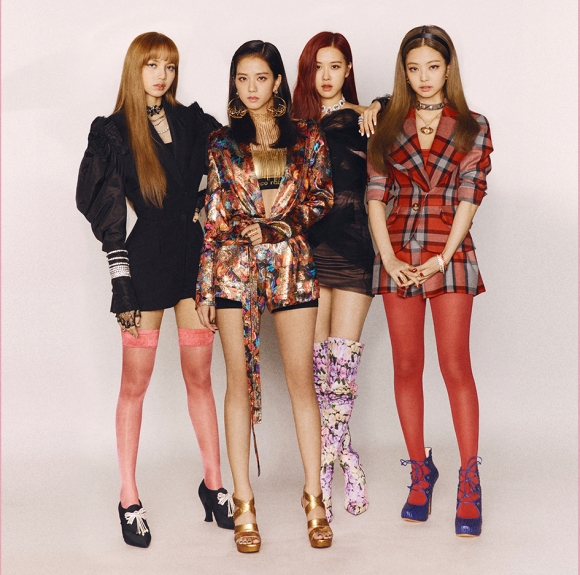 Furthermore, BLACKPINK achieved the best record among girl groups after the music chart reforms by surpassing 1 million users in 24 hours. Their current statistics are still higher than most previous songs that hit no. 1. Furthermore, their double title song ‘FOREVER YOUNG’ is also placed at 2nd, bringing in waves along with ‘DDU-DU DDU-DU’. 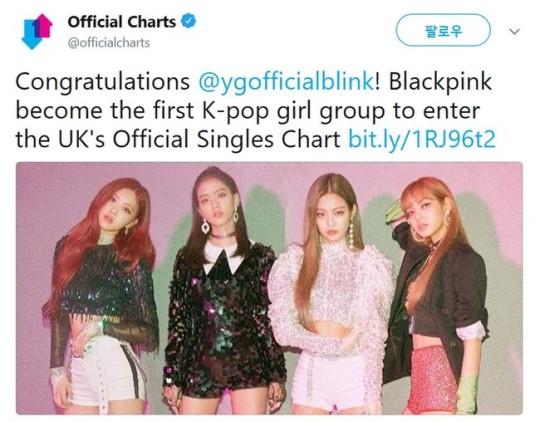 BLACKPINK fascinated fans all around the globe, including Europe. On June 22 (local time), the title song ‘DDU-DU DDU-DU’ from ‘SQUARE UP’ was placed at 78th on the ‘Official Singles Chart Top 100’ chart.

BLACKPINK won the honor of reaching UK’s main chart for the first time as a K-Pop girl group. BLACKPINK shined the K-Pop scene by reaching the 78th position on UK’s ‘Official Chart’, which is regarded as one of the three biggest music charts in the world including the US ‘Billboard’ and Japan’s ‘Oricon’.

Well-known press channels in the US including Billboard and Forbes also highlighted BLACKPINK by writing, “BLACKPINK started a revolution” and that “They are setting milestones by releasing their first mini album”.

Thanks to the fans’ support, BLACKPINK is active in the K-Pop scene more than ever. They are continuously communicating with fans through music broadcasts, variety shows, and radio programs.

BLACKPINK is setting milestones, day by day. Since they displayed massive influence and popularity in the first 10 days since they released the album, they are expected to set more surprising records in the future.