YGEX announced on July 6th that BLACKPINK will be concluding their Japan Arena Tour 2018 with their first dome performance at Kyocera Dome in Osaka on December 24, 2018, Monday and is initially scheduled to start at 6PM JST.

Kyocera Dome is a covered baseball stadium which also holds concerts and events. It has a seating capacity of 50-55,000 and has been considered a dream stage for performing artists. 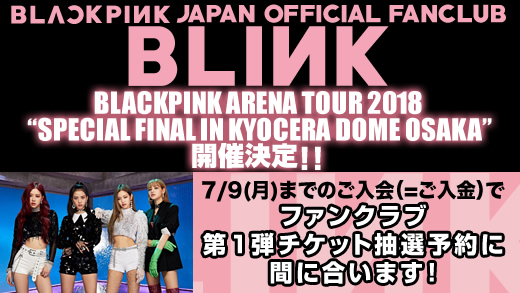 Fans who becomes part of BLINK JAPAN, BLACKPINK’s official fanclub in Japan, by July 9, 2018 will have a privilege to join the preliminary ticket lottery reservation. Tickets are priced at 7,800 yen (tax included).