BLACKPINK won 1st place on Mnet M!Countdown for the 2nd week of July 2018 with  ‘뚜두뚜두’ (DDU-DU DDU-DU) vs Apink’s ‘I’m So Sick’ making it their 10th win for this comeback period. 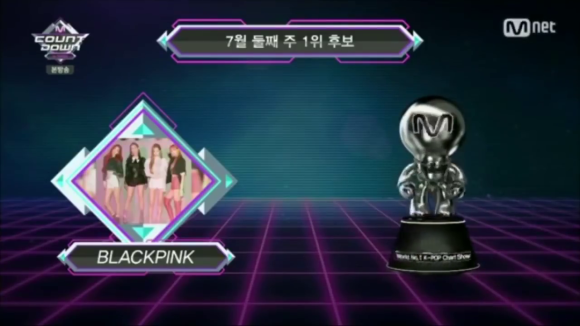 BLACKPINK’s ‘뚜두뚜두’ (DDU-DU DDU-DU) was also nominated for 1st place on this week’s KBS Music Bank vs vs Apink’s ‘I’m So Sick’ but eventually ranked 2nd in the end with the following points breakdown: