As of today (15th) at 2:30 PM, the title song ‘DDU-DU DDU-DU’ from BLACKPINK’s first mini album ‘SQUARE UP’ kept its no. 1 spot in the daily chart of Melon, which is Korea’s largest music streaming platform. The group maintained their top position from June 15 when they first released their album, for a total of 30 consecutive days.

It is unprecedented for a K-Pop artist to maintain their no. 1 spot in Melon’s daily chart for 30 consecutive days since its release, after the chart reformation that happened last year on February. Most releases often failed to maintain their no. 1 position on daily charts, despite topping real-time charts that update streams and downloads on an hourly basis. However, BLACKPINK is still marching at the top as if they just released a new song, although it has been a month since the album was released.

After dominating major music platforms, BLACKPINK started their extended promotional activities with the song ‘FOREVER YOUNG’ on SBS ‘Inkigayo’, which aired today. The heated popularity of ‘DDU-DU DDU-DU’ which led to a triple crown is now being passed on to ‘FOREVER YOUNG’. 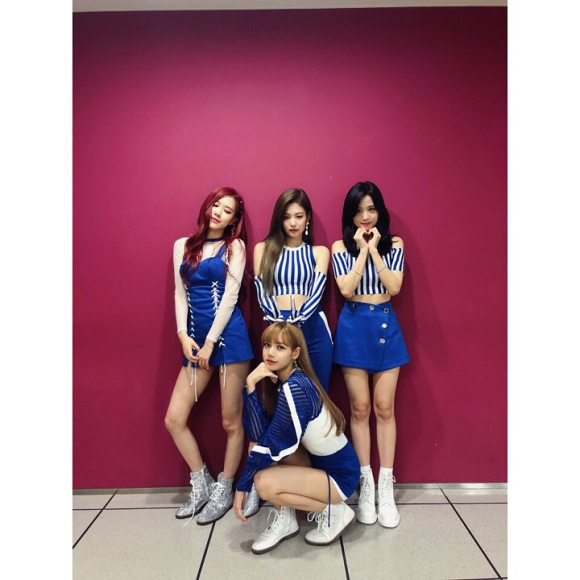 The song ‘FOREVER YOUNG’ is a dance track in Moombahton rhythm. The song’s beautiful verse and its contrasting charismatic chorus grabs the listeners’ attention.

The lyrics contain the positive message of ‘let’s spend our youth without regret’. The bright and light choreography in the beginning and the charismatic moves in the end balances well with each other, and is great enough to capture the hearts of fans.

After presenting explosive stage manners through a music broadcast, members JENNIE and JISOO will appear on the summer special couple race episode of SBS ‘Running Man’ today, at 4:50 PM. BLACKPINK’s unexpected charms and variety senses will make the viewers forget about the sweltering heat of the summer.