The “Amazing Saturday” cast and their guests dressed up in gorgeous period costumes to promote tvN’s drama “Mr. Sunshine!”

On the August 25 episode, the cast came out first, dressed in either Joseon-era clothing (like Moon Se Yoon, dressed as a king) or in Western clothing from the historical time period in which “Mr. Sunshine” is set. 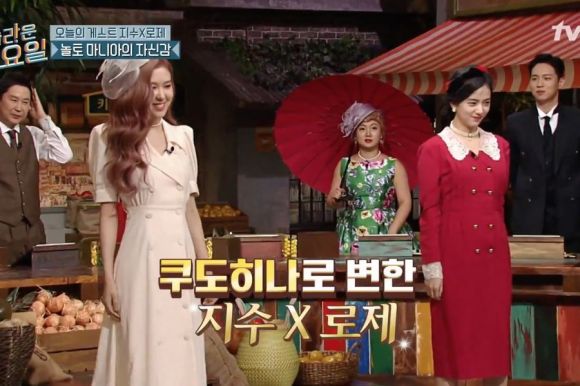 As guests, BLACKPINK’s Rosé and Jisoo also came out dressed like Kim Min Young’s character and performed a little of their “DDU-DU DDU-DU” choreography.

Check out more of the show HERE.