BLACKPINK’s Rosé and Halsey thrilled fans with a super-cute interaction on Instagram!

On October 21 KST, Rosé posted a couple photos of herself on her personal Instagram account with the caption, “I’ll come back after going to rehearsal.”

Shortly afterwards, Halsey left a sweet comment in Korean on Rosé’s post. The American singer wrote, “You are totally cute!”

Rosé later responded with a couple emojis of her own. 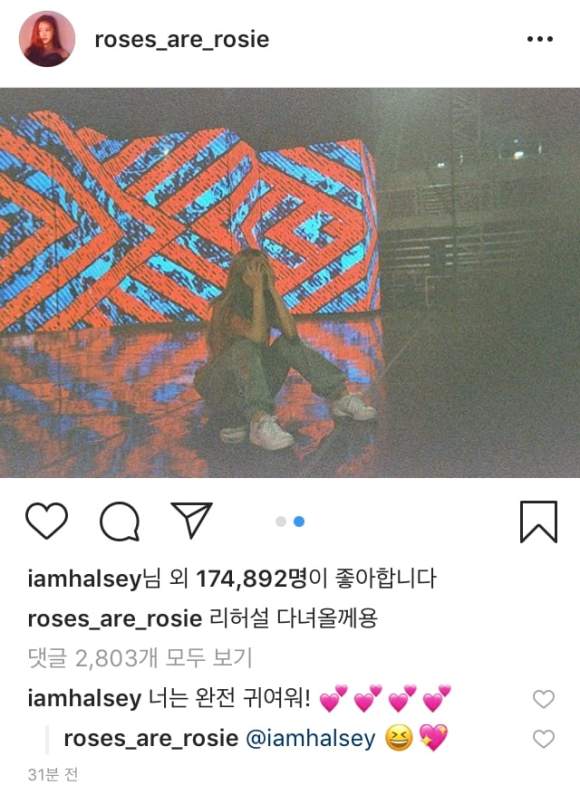 With BLACKPINK having recently collaborated with British singer Dua Lipa on a bilingual track, excited fans immediately began to leave comments asking for a collaboration between Halsey and Rosé, who once covered Halsey’s “Eyes Closed” during a live performance.

Would you be interested in seeing a collaboration between Halsey and Rosé? Leave your thoughts below!